Is Toronto In A Housing Bubble? (Bursting The UBS Real Estate Bubble Index!)

In the past weeks, many news outlets have been reporting that Toronto is in “bubble territory”. At first glance, this is pretty scary because it seems like everyone’s talking about this – but when you read into this a bit more, you’ll see that they’re all really just pointing to the same source which is a report by Swiss Investment bank UBS. So whether Toronto is in a bubble really comes down to whether UBS’s bubble index is accurate.

Now without even diving into their analysis, it seems a bit off because UBS is saying that Toronto is the world’s 3rd biggest real estate bubble, only behind Munich and Frankfurt. They’re saying we’re in a bigger bubble compared to other cities like Hong Kong, New York and LA which to me seems pretty shocking. 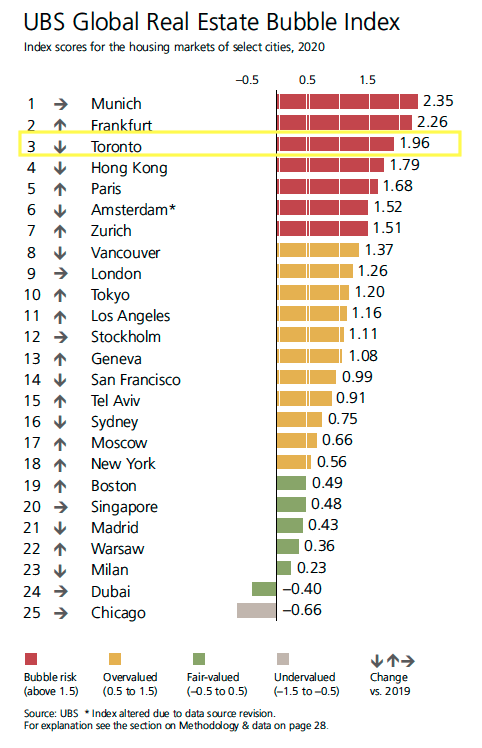 Because of this, I decided to really dig into their analysis to see what’s really going on. In this video, I’ll explain how UBS calculates their bubble index and more importantly why it doesn’t work well for Toronto. At the end of the day, if the UBS analysis isn’t accurate, then you can’t say Toronto is in a real estate bubble.

Our construction to GDP ratio is very underwhelming and doesn’t sound any housing bubble alarms from UBS. Toronto’s been in a housing supply shortage for a while, so even though we’re seeing more housing supply come onto the market, we’re essentially still playing catch up to our growth so this isn’t a big concern.

Our city’s strong growth means a growing GDP. So even though our property price and effectively mortgages continue to go up, it’s actually in line with our GDP growth, so UBS doesn’t see a real estate bubble here either. 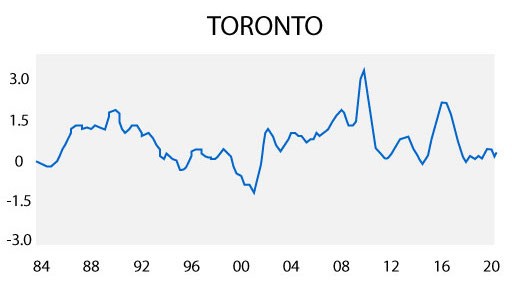 When you think about this, because we’re reaching new highs every year compared to historical numbers, this ratio must have been calling for a bubble in Toronto for the past 10 years. But of course, we know that Toronto’s real estate has been growing steadily for the past 10 years so just from this, I can say that this indicator hasn’t been very reliable for Toronto.

So, what’s wrong with using this as a bubble indicator? Well, if a city wasn’t growing, then it would make sense to compare its current price to income ratio to how its been doing in the past. But I’m proud to say that Toronto’s seen a pretty big transformation over the past 20 years. In the late nineties, we were more of a typical North American middle class city.

But over time, we’ve grown a lot and we’re moving towards becoming a world class city – we’re a national hub for both government and finance sectors in Canada, we’re one of the biggest tech talent markets in North America, and we’ve recently become the fastest growing urban centre in North America as well. So, since Toronto’s moved to a higher class compared to before, it’s a bit meaningless to still use our past as a comparison metric.

You can also think about it this way. Let’s say we’re buying movie tickets. Over time, movie ticket prices does increase, and you can use the price to income ratio to see if the tickets are becoming overpriced. But if you have been buying regular tickets in the past but suddenly decide to shift to buying VIP tickets – you know the ones where you can reserve recliner seats and sip on wine while watching a movie, then obviously the price should increase. So it doesn’t make sense to compare the VIP price to what you’ve paid in the past for regular seats. A more reasonable comparison is to either use the price history for VIP seats if you have this, or if you don’t, you can find comparables based on VIP ticket prices elsewhere.

In a similar way, because Toronto’s upgraded in class, instead of comparing ourselves to our historical price to income ratios, it’s more accurate to compare the price to income ratio of Toronto to other world class cities instead. And when you do this, you’ll see that Toronto’s ratio is pretty average versus other global cities. This means we are still very affordable on a global level. And because our world status is still growing, we’re probably going to see more hikes in property price as well. 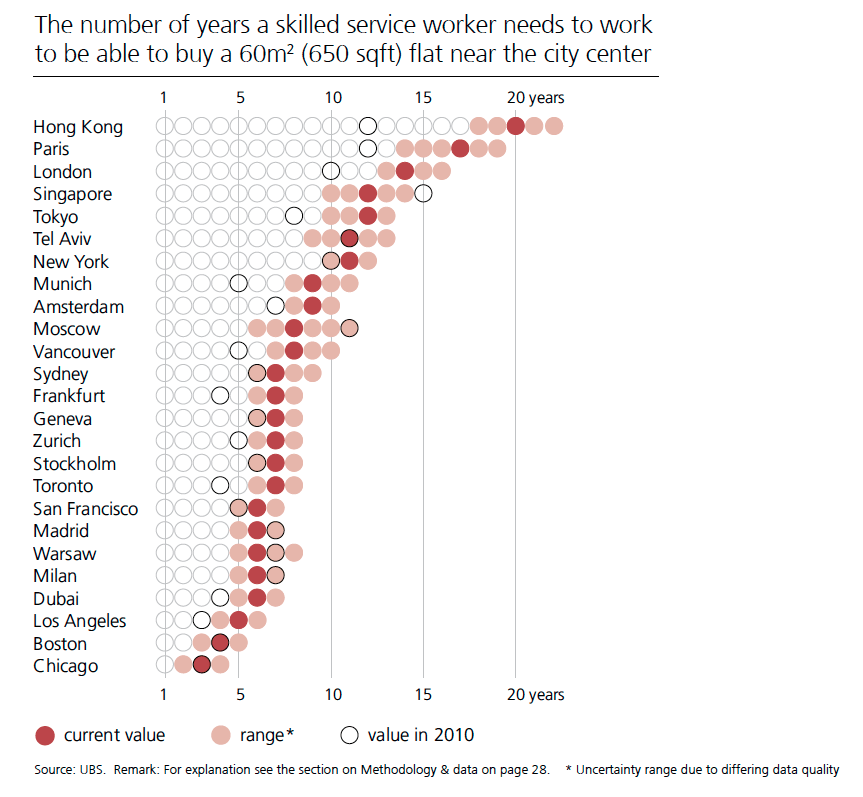 The next factor is also based on price, and for this one, UBS is giving Toronto a red flag because our price to rent ratio is getting higher and higher. I’d have to use the same reasoning here – Toronto is moving up in class. You can see this because the price to rent ratio isn’t moving around an average but rather going up since the late 90s, and we have yet to see a bubble. On a global basis, Toronto also sits in the middle in terms of the price to rent ratio so nothing sticks out of the ordinary against other urban centres. 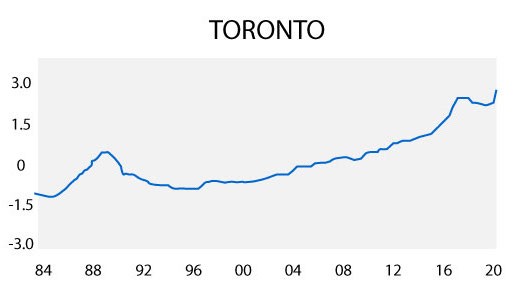 Now let’s think about this more. If you’re a choosing a city to move to, Toronto would most likely be your top choice since it’s a world class city, it continues to grow, plus it’s still affordable on a global basis. If you’re an investor choosing a city to invest in, it’s also a top choice – there’s high appreciation plus rent yields are also very attractive versus other global cities.

If you look at the price to rent chart, you can see that the prices levelled in 2018 to 2019. This was when the government imposed a new non-resident speculation tax for the very reason to slow down real estate investments from outside Canada. But even with the new speculation tax, Toronto is still very attractive, demand isn’t going away and you can see prices resuming its upward trend. 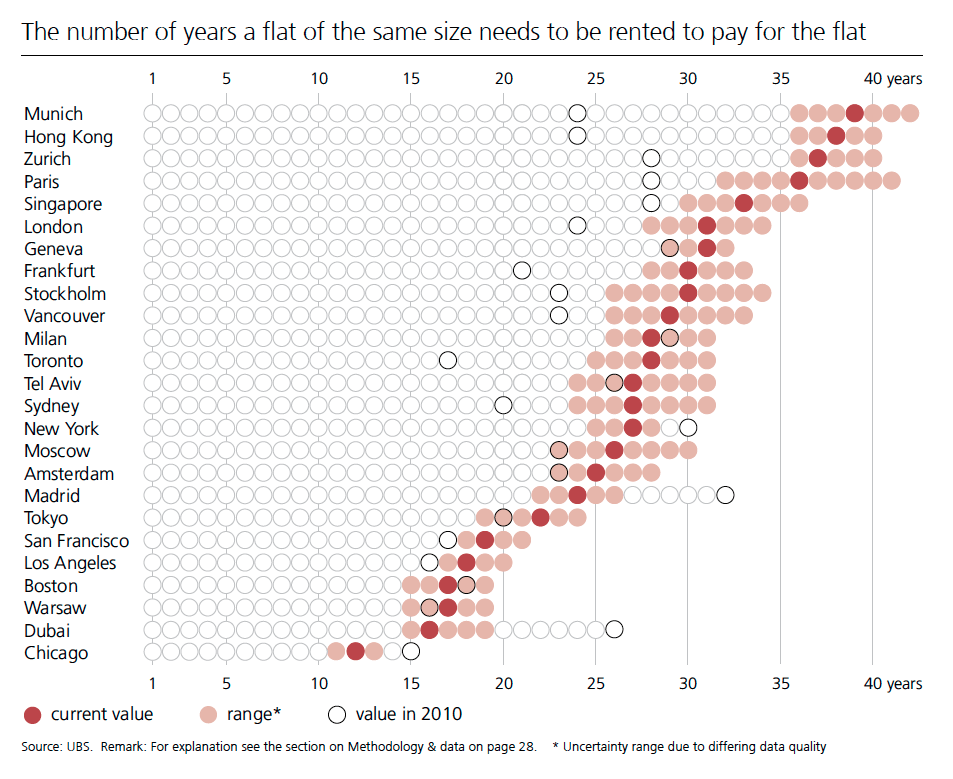 The final factor that Toronto gets a big red flag for is the increasing city to country price ratio. What they’re saying is that Toronto’s prices are rising a lot faster than the rest of the country, and I’m guessing the reason it’s a red flag is that they assume the economies in different parts of a country are somewhat similar.

If that’s the case, people will move out of Toronto if it gets too expensive, but this assumption is not accurate in Canada. The jobs are in Toronto and that’s why people live here – just because real estate is a lot cheaper, say in Calgary, people aren’t just going to move to Calgary because there won’t be the same jobs there. So, I’ll have to say that the City to Country ratio isn’t accurate either.

Out of the 5 factors UBS uses, two of the factors don’t indicate a bubble in Toronto. And unfortunately, you can’t use the other three factors either because the assumptions they’re based on aren’t valid. This means that UBS’s index isn’t accurate for Toronto, which also means that you can’t say that Toronto is in a real estate bubble.

What I can tell you is that COVID is affecting Toronto’s real estate in the short term. We saw the real estate market freeze in early COVID because buyers and sellers were in lockdown, and immigration has slowed down which is affecting both rental and buyer demand especially in the condo space. Right now people want more space, so we’re seeing even more condo supply flood the market but is benefiting the freehold space and freeholds are holding up well with very strong supports. Ultimately, Toronto’s growing world class status and its affordability on a global scale point to strength in Toronto real estate prices and this will just grow as COVID makes a full recovery.

We’re in the middle of a second wave in Toronto, so there’s starting to be more fear again. If things pan out similar to what happened at the beginning of the first wave, we might see freeholds also get a bit less heated. This can give you another window of opportunity to get into a detached or semi-detached property in Toronto with 5-10% discounts compared to a normal market. If this sounds good to you, contact us and we can help you find the best ones on the market. 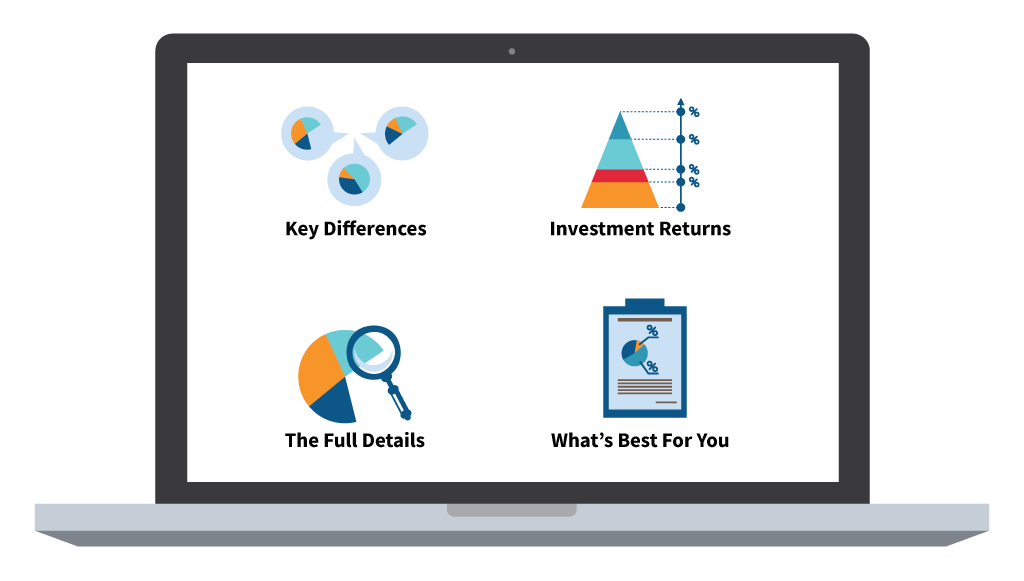 Normally exclusively available to our clients, you can get our Toronto Investment Property Guide FREE for a limited time.

Get Your Free Guide!

Do you need help with finding income properties in Toronto?

We’d be happy to schedule a 30-minute discovery call so we get to learn more about each other and help you get started.