Mortgage Payments Surge! What Else Besides Inflation Is Making Mortgage Rates Rise

It’s pretty clear by now that mortgages are getting more expensive. But it’s actually not just because the Bank of Canada is raising rates.

Nowadays, with home prices dropping and a possibility that we might go into a recession, banks are just being realistic. Higher risk means rates go up, so banks are widening their spreads on mortgages. It’s actually gotten to a point where one of the private lenders is putting a pause on new mortgages all together.

So what does this mean for you if you’re getting a new mortgage these days or even due for renewal? Let’s take a deeper dive into this video.

As a refresher, here’s how interest rates are related. We first have the Bank of Canada target rate, which is what you hear most about going up or down when the central bank meets to discuss rates. The central bank sets the rate that banks charge each other for overnight loans. They can also borrow for a longer period of time.

For example, the Government of Canada might borrow money for five years through government bonds, which are the lowest-risk loans. The implied rate here will be based on the current target rate and predictions about where the target rate might go over the next five years.

In 2020, when the central bank said that rates would stay low for a very long time, the market ended up taking bond yields to rock bottom levels of 0.3%. Nowadays, rates are on the rise, and so 5-year bond yields are getting pulled higher and higher. 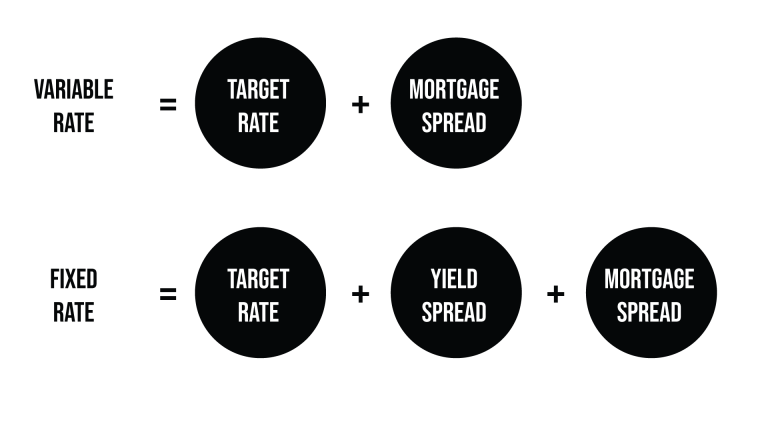 What Factors Cause Mortgage Rates To Rise?

Once you get this, you can see that the reason mortgages are getting a lot more expensive is because all of these variables are going up! The most obvious one is the one we all know about: inflation is up, so the target rate needs to go up to combat inflation.

Then we have the yield spread, which is also widening. If you compare the 5 year government bond yield to the overnight rate in October of 2021, there was a 1% spread. Now, it’s much bigger at 2%, and that’s because we anticipate big and fast rate hikes coming soon.

I brushed over the third one earlier, and this is probably less obvious, that mortgage premiums are also rising. During the worst of the pandemic, banks were offering crazy mortgage discounts because they were flooded with cash. 5 year fixed rates were 2.5% when bond yields were at 1.4%, so the premium was 110bps for fixed rate mortgages, and it’s gotten much bigger at 175bps nowadays. On the variable side, it looks like the premium has gone up to 170 bps lately.

Now we know that at the current moment, variable rates are still cheaper, but realistically, we know huge and sharp rate hikes are coming. So, which mortgage option is actually a better idea?

Now if target rates end up staying higher for longer-for example, if target rates stay at 3.5% from 2024 to 2026, then that’s where fixed rates would break even at the moment.

Comparing rates is definitely important, but it’s also the most uncertain part, and we won’t know for sure what’s a better choice until 5 years later. But there are a couple more things that are important and more certain, so perhaps understanding those can help you make better decisions. 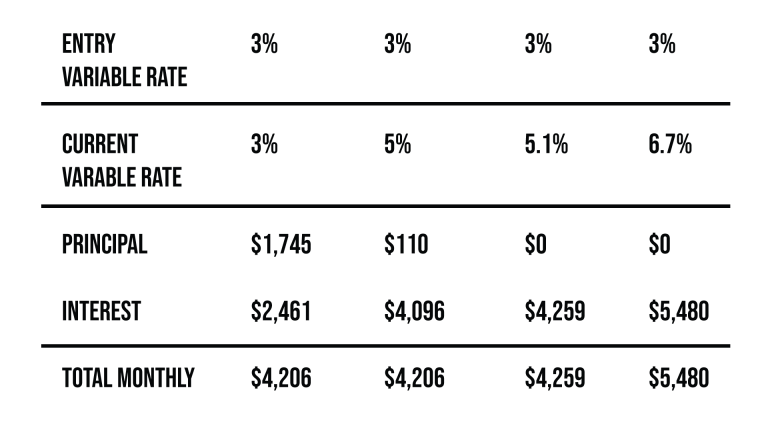 And then we have mortgage penalties for breaking mortgages, which is another thing to consider. We always tell investors to pay close attention to this because refinancing is an effective way to make better use of the extra equity in your investment, and to do this, it’s very likely that you will have to break your mortgage. 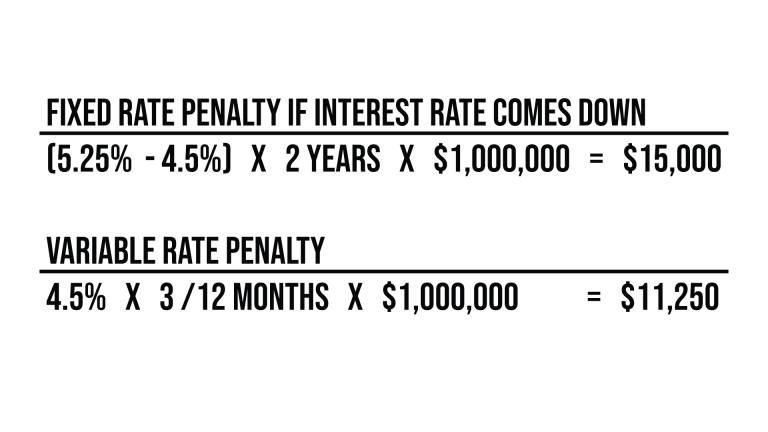 We don’t have a clear answer for which mortgage option is actually cheaper right now because inflation is so persistent and exceeds expectations month after month. But as a real estate investor, we like to prioritize cash flow and flexibility, and because of that, variable mortgages would be the way to go.

Here on our team, we’re not mortgage brokers but a real estate investing sales brokerage, and we believe in equipping you with facts and numbers like what we just talked about so you can make better decisions. And if you need more help and are interested in getting started with Toronto real estate investing, just reach out to us.

We can look at your requirements and preferences, teach you the ropes, and then match you up with the best investment property that fits your needs. After we help you buy it, our team also provides renovation guidance, leasing and property management if you need it. Just connect with us if you want to learn more about our services!